I realized the other day that I wear my Cotton Baby Jersey Knit Orange turtleneck all the time. I love the looooong slouchy sleeves and the warm and cozy (but not constrictive) turtleneck. I decided to use my two other colors of this same knit and make two more. The only change this time is that I marked the CB well and I added about two inches to the length. I found that it’s not quite long enough to be tucked in.

I constructed these with my serger and from cutting to hemming (I had already traced it) it only took about 45 minutes to make both of these.  Talk about instant gratification. This is a great basic pattern and one that I really appreciate in the cold North. 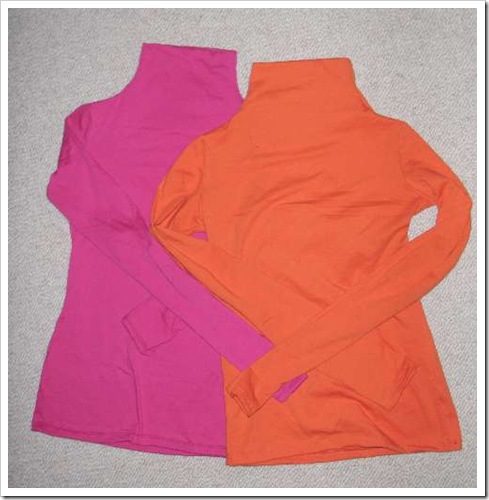 Whoops. I just realized that my picture didn’t load yesterday so I’m re-posting this.

Hmmmm, fail or not?

What do guys think of this? I’m kind of liking bubble skirts right now but I’m not sure if they are for me. I love, love, love Cidell’s versions here and here. I chose to just make a skirt instead of the whole dress but I think I might try that dress next. This 08-2010-132 skirt was originally made from woven but I made a knit rib waistband that was a little bit smaller than the pattern and now it’s just a pull-on skirt. I made a long tube of fabric (the blue stuff) and folded it in half. Then I turned the inside layer so it matched up with a different seam. For example, the CF inside layer matched up with the right side and the right side seam matched up with CB. Clear as mud? Then I gathered the skirt and attached it to the waistband. I’m not sure I like it. What do you guys think? I would probably style it like this for winter use. It’s much fuller than I thought it would be. Can you tell it’s cold out?

I know that I will for sure not be spilling in this dress. I didn’t realize it but it’s just like a circle skirt and it really flies right up there when you spin. Yikes! 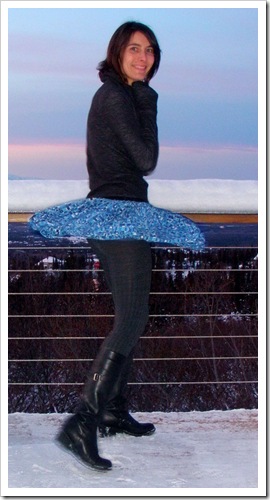 You guys know what that means. That means cold kids!!!

I’m not sure why Girl #2 must do these types of poses. She’s already a diva in training. I used a wind resistant Malden Mills Polartec. It’s very cozy and nice. I used my embroidery machine and the Font Engine to make the snowflakes. I used the Faux Snow font. For the flowers, I used this free design from  . . . well, hell, somewhere. I just searched my favorite haunts and have no idea where I got it. I also have the small version. My favorite free ones come from EmbroideryThis.com. 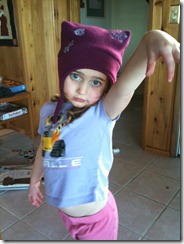 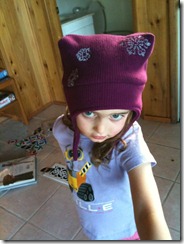 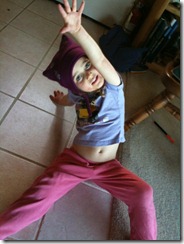 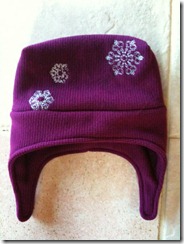 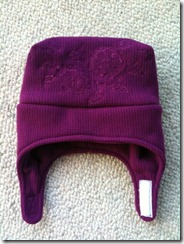 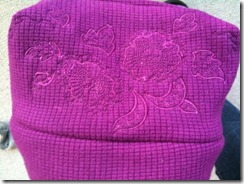 I have a skirt to show you guys. I’m not sure I like it but maybe it’s just my styling. I may need some styling help.

The Boy and Gawd

Me (while driving three loud children up a very slick hill): Um, it’s a big ship that people use in war. It’s got guns and RADAR and stuff on it.

Me (narrowly missing a car that’s stuck in the ditch): Yea, it’s used to shoot down planes and bad guys.

Me (straining to hear over Twin Megaphones): What?? What did you say?

Boy: Well, I’m confused. I thought they said that you had to warship God but I thought that you should be nice to people. If you warship God, then you are trying to destroy him and torpedo him, and smash heaven, and SHOOT THINGS, and zap THE BAD GUYS!

For you long-time readers, you probably know about my love/hate relationship with Puma brand running shoes. I love the cushion, the spring, the width of the toe box, the heel cup, and many other aspects of the brand. One thing I have loathed about the shoes is the color scheme. My first pair was purple and glittery silver. When I went to get my second pair, I strapped on my big girl pants, inhaled a big cleansing breathe and bought the hot pink/glittery pair as their replacement. What can I say, I love the fit of the shoe and that's what really matters. I'm not what you would consider a girly girl. I own very little pink. Very. Little. In fact, I always have to come up with some lame excuse about not being able to wear pink on breast cancer awareness day ("Come on Dawn! Everyone has a pink shirt! Surely you can find one in your closet!").

Last year I wrote Puma an open letter on my blog asking/begging/pleading them to make some shoes that wouldn't make my cheeks pink from embarrassment. Did they hear me? Maybe. Or maybe they just moved away from their pink period. Anyway, I'm here to report that my new shoes are not pink. They are not girly at all. They are blue and yellow!! So. Much. Better. Thank you Puma!

My hot pink Puma's will not be my beat-up roam around shoes until they completely fall apart. They lived a long and full life and say lots of different landscapes. They were even a big hit in races on account of their vibrant color. I will actually kind of miss them when I'm running. Or maybe not much.

Here’s another version of the dress. I didn’t remember to add anything to the bodice bottom or to the hem. Oops. I think it’s cute as it is but I’ll either have to do leggings or tights under this if I want to wear it to work. This is a matte jersey I bought from Fabric.com not too long ago. To tell you the truth, I’m not a big fan of the hand of this fabric. It feels very polyester-y and has very little stretch in any direction. I was expecting something more stretchy and less synthetic, I guess. I do love the print though. I used a black ribbing for the waistband. The black shirt under it is my Jalie boat neck wool jersey top. 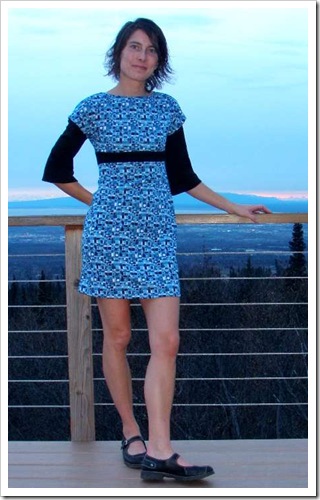 There doesn’t seem to be nearly as much butt wrinkling as there was in my other version. Maybe it’s just because there is so much print you can’t see any wrinkles??

Who doesn't love a pull-it-out-of-the-suitcase knit dress?
Posted by Dawn at 7:52 PM 6 comments: Links to this post

Most of you know or have figured out that I’ve moved to a new house. This house is huge, beautiful and on lovely acreage. I absolutely love the house. The only one negative is that it’s drafty and can be a bit on the cold side. I’m fine with that and I actually prefer my house temperature to be in the low 60s or high 50s when I sleep. My kids, on the other hand, would love to live in a 70 degree house. So, instead of turning up the thermostat, I’m going to make them warm flannel jammies for Christmas. I’ve started my preliminary shopping and have found some very cute stuff at Fabric.com. I already have some nice cotton knit for the shirts but I want to make them some cozy flannel pants for lounging and bed. Here are some of my top picks for my girls. Some of these are expensive and I’m cheap frugal so I’m not sure what I’ll actually buy. All of these are from Fabric.com. I’m totally in love with the pink elephants. Each of those is an active link so you can just click on them and go see them at Fabric.com.

Bliss Flannel Elephants – They have this in other color ways too.

Bliss Flannel Circle – They have this in other color ways too.

I had to go back and add these to my post because they are so dang cute! They have it in thermal waffle knit (left) and a jersey knit (right).

Here’s my final costume although you can’t really see it in all it’s glory. I painted my face and had some nice stripes on it. I wore a fun wig that had a very long braid, you can see it in the picture. All in all, it was a flippin’ riot. I kept my cell phone in my loin cloth and had fun at my friend’s house. That’s my friend K________, she’s a spelling bee. 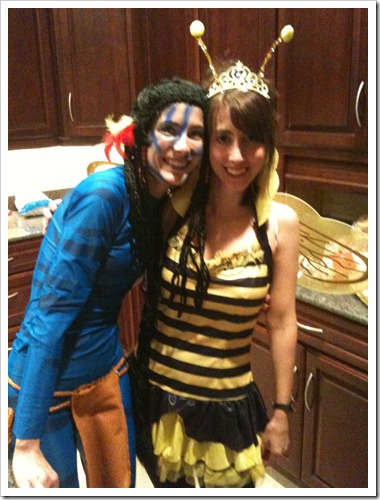