I was smitten by this coat the first time I saw it in the May BurdaStyle. I’ve started on it. I even did a muslin of the top of the coat (which I NEVER do!). It looks good so far. Tomorrow I’m going to start cutting into my scrumptious fabric. (Ruffles on the wrist, I’m in love!! And I don’t even like ruffles. Something is wrong with me!) 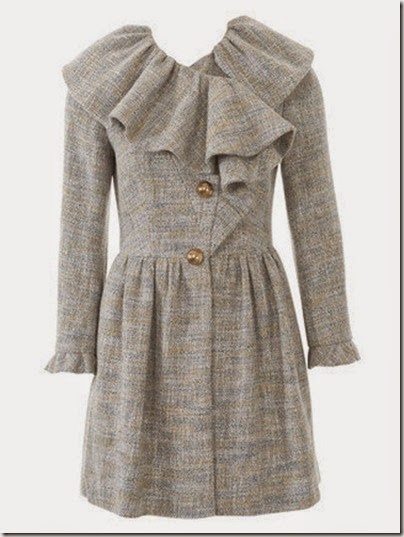 Here’s the line drawing. The buttons are only for looks. There are five sew-in buttons that hook it together. 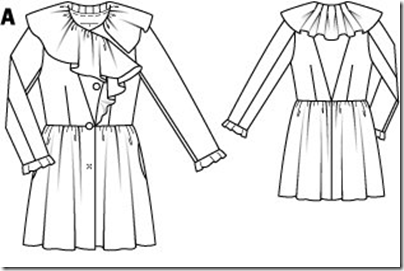 I may have liked it enough that I bought fabric that is almost exactly the same as the Burda garment. This from Mood Fabrics and it’s to. die. for. OMG. It is slightly more green in real life (although your monitor probably does not look like mine. 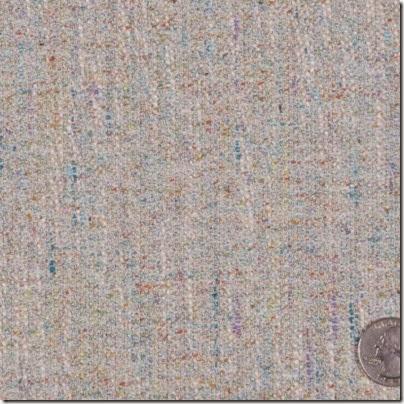 Questions for you jacket makers.

Actually, no. I will cut into my lining fabric tomorrow. I always do the lining before the jacket. I learned that from Anne.

Pretty coat. I had to look up coat since I don't use coats here. KIDDING
If by "interface," you mean a fusible, then I'd say no to that. I think the idea is to keep the drape/hand of the coat fabric but give it a little oomph with a more structured fabric ... organza comes to mind. Not the crap tulle at Joann's. There is bridal tulle also which is nice and again not the Joann's cheap crap.

I've heard that silk organza can be used to add a bit of stifness, but that might be hard to find. interfacing is probably fine. I,m sure if you google diy shoulder pads on Pinterest you'll find loads of tutorials! Can't wait to see the result!

If you have time to order, Dharma trading has inexpensive silk organza in white...

I can't wait to make this coat! The current 80+ degree weather though means I'm waiting until fall. I second Debbie on not using fusible. You're probably fine with sew-in or anything lightweight.

Hi, lovely pattern. You might wish to use soft knit fusible interfacing for the collar to give it soft structure.