I started with the far right one and chose "solids" that went with it. This "solid" definition is not mine, it's Angie's. 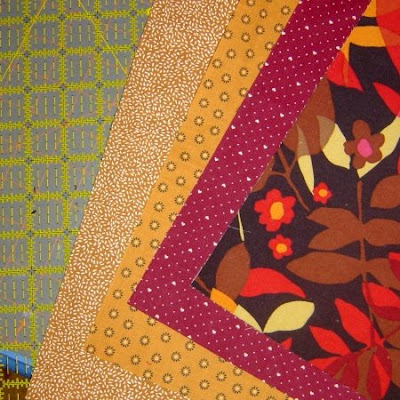 Here's my first chicken backpack. I didn't buy the KS pattern, I just sort of eyeballed it. It is just a bunch of rectangles so it isn't hard to sew. This is about 12" by 14" finished. I think the straps are a bit too long but, hey, it was my first go-around. 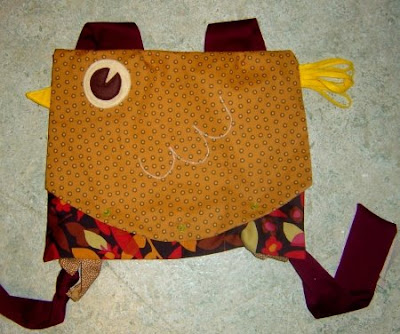 There's about 12 inches of extra strap at the end of each tie. I made loops at the bottom of the bag and tied the straps to that. I think I may move the straps and loops in towards the center. 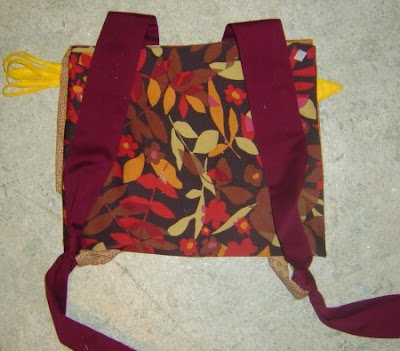 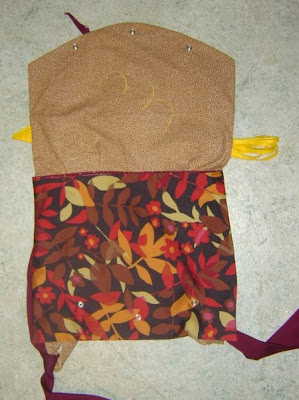 The inside isn't really the same red but it'll do. 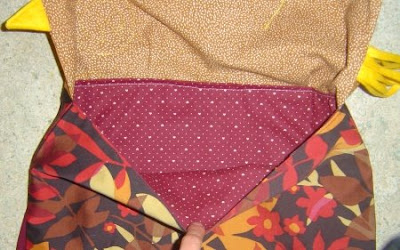 I used snaps instead of a loop and button. I love my snap press. I use it whenever I can. I used small green buttons. 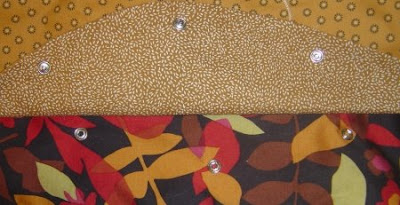 Here it is on girl #1. It's wider on her than I would have guessed. 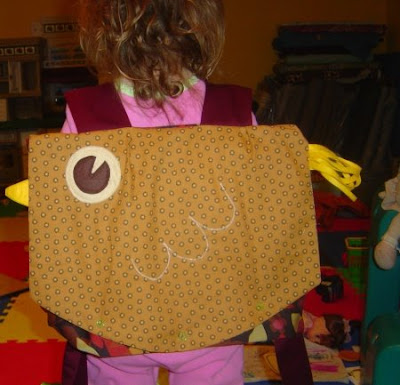 Pardon her, it's morning and she's already having a bad hair day. See how the straps want to slide off the shoulders? I think moving the loops to the middle would help that. 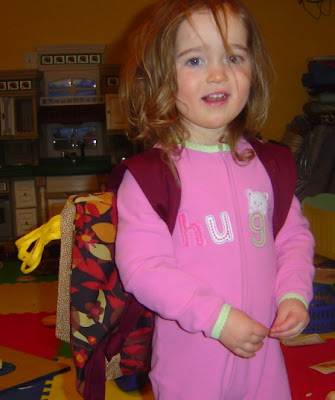 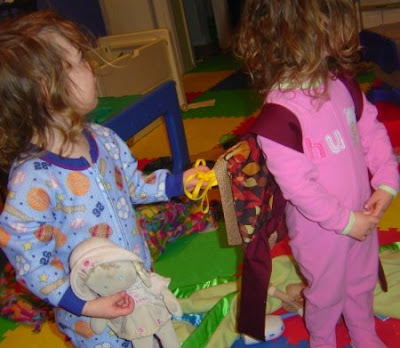 The nitty gritty: The main floral print is a stretch sateen with heavy-weight pellon (bleh!) fusible interfacing. The other fabrics are quilting cottons. I should have interfaced the flap but didn't. I used felt for the eyes and beak. The tail is strips of felt cut out and sewed to the flap. The inside is lined with the red heart fabric and there are no unfinished edges.
I'll be making two more but first I want to sew up a BWOF top today.
Posted by Dawn at 7:34 AM

How cute. My 18 month old grand daughter is into DUCKS. I wonder if the chicken could be made into a duck without too much trouble? Your girls are soooo cute!!! They look to be full of wonderful personality as well!!

How incredibly cute is that!!!

Your daughters are adorable!! And the bag is pretty cute too. I bet she loves it.