Why? Why are duvets so damn expensive? I made this king-sized duvet out of two flat sheets. Each one was $12 on sale and they are nice sheets too. High thread count and all that.

Here’s the final photos. I was going to write a little tutorial but it was impossible with king-sized sheets. There is just too much fabric to move around to take good pictures. Are you guys interested in a tutorial? I was thinking of making a mini-duvet and taking pictures that way. It’s really easy. The hardest part is wrestling with the giant sheets and all the damn buttonholes. I crawled around for a few hours on hard floors, pinning and measuring and such. Ouch-ka-va. The duvet we had before was brown. It was pretty but I’m tired of winter so I made a purple duvet. 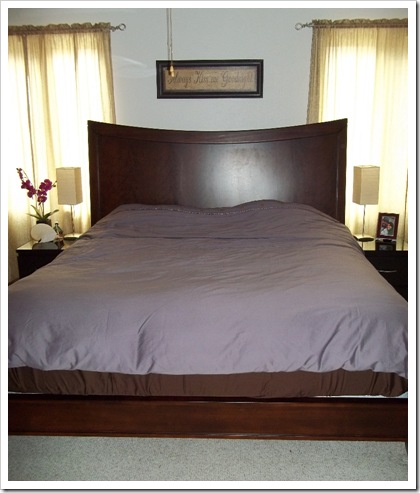 See the little creature? That’s from my son. He told me I have to keep it there so I always think of him. He goes to his dad’s house for two weeks at a time and I think he thinks I’ll forget him. 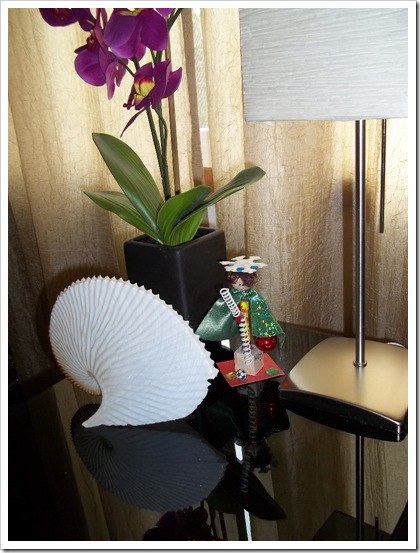 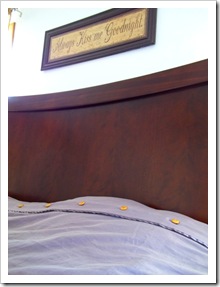 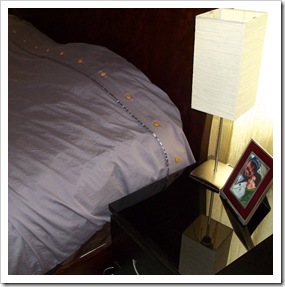 I used brown buttons on mine because I wanted it to coordinate with all the other neutrals and wood in the room. 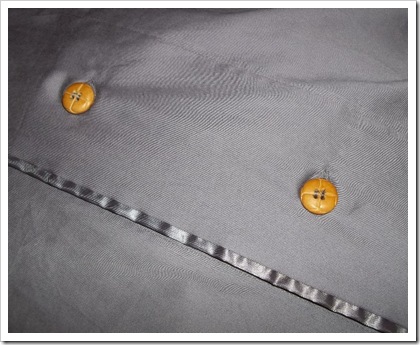 Whew. I told myself I had to finish that before I could sew anything “fun.” Woooo-hoooo, now I can make something for myself!

Congrats to you on such a big job!!! Looks great:)

Yes, that lavender is a happier color than brown! You did a good job. I've had the same issues with big projects taking up the sewing mojo!

I'm totally impressed! Love the color, too! As for the tutorial, written description with hand drawn sketches where necessary are adequate. No need to re-do it for our benefit, especially when there's FUN stuff to sew!!!

Great job! Your room is so elegant!

The colours of your room look so calming and elegant. A tutorial would be great.

Great job! Looks very peaceful and sophisticated in there. Would love to see a tutorial, whenever you get around to it!

As a fellow divorced mom, I must say that being away from a parent for 2 weeks at a time has got to be distressing for your son. Hopefully you get to talk to him during that time!