ETA: All pretty good today (Sunday). The air smells like sulphur and your eyes and nose still burn but at least it's not actively falling from the sky. I'll go to work tomorrow but they recommend staying inside today.

There are some pretty impressive photos that have been taken in the last couple of days. Most of you probably know that Mount Redoubt has been gearing up for a couple of months now. Here's a previous post on the topic showing the proximity of the volcano to Anchorage. The last couple of days, she has really been belching and exploding. This is from yesterday, March 27th. 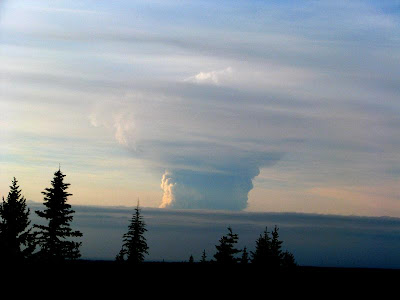 
This is a lightning storm from last night above the volcano. 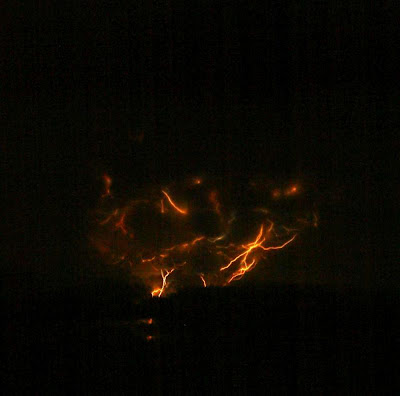 
This is what it looks like today near the volcano. 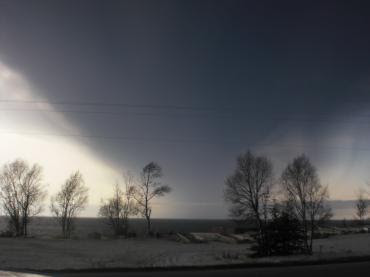 
This is my Kid-mobile. That is not snow. The ash has been coming down for a few hours. It's windy so it's accumulating like snow drifts. 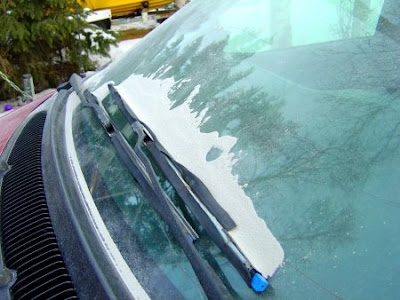 This is a foot print in my yard. All the gray particles are ash. 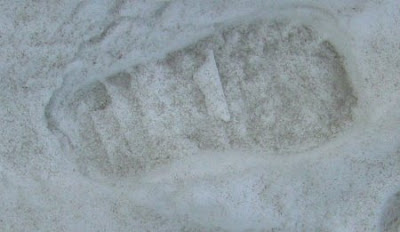 Here's the Kid-mobile from inside the house. I was on strict orders not to go outside. Just getting the two pictures above caused severe eye-watering and nose-running. Ash is nasty stuff. 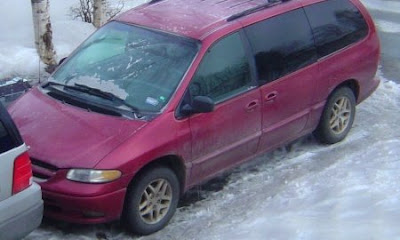 I believe we'll be staying inside tomorrow.
Posted by Dawn at 6:52 PM

Omigosh. Gee, I feel like living in NY is so relatively normal now... Does school get canceled?

Wow--awesome pictures. How long to people stay inside after an erruption?

Enjoy your house arrest, I hope the kids are good for you and that you get lots of sewing done!

Okay, that is sooo cool! Mother Nature really is amazing!

I've been watching this on the news. I cannot imagine what it would be like!

Is school canceled? You teach don't you? You could try using a face mask. My dd live in Korea and is allergic to what they call the yellow dust that blows down from China. She now wears a mask when she goes out.

More time to sew! I do realize that it is hard though, when the kids can't play & you are forced to stay in. Not here so much as when we lived in Houston & the ozone/pollution caused so much respiratory problems.

Wow. How long do you have to stay inside? I guess we ask the same questions.

Wow, that is amazing (and annoying I bet).